These bearings have steel or bronze backs with white metal linings and are lubricated with oil rings fed by a water jacketed sump fitted with constant level oil bottles.

Typical symptoms included discolouration of the lube oil due to white metal contamination and high temperatures observed on the bearing housings. Resorting to hand cut oil distribution grooves in the linings kept the problem under control, but whenever replacement bearings were fitted the problems re-surfaced.

Over time the shaft journals became damaged, but due to cost and time constraints, any damage that was occurring was restored by hand dressing with the shaft left in place.

In 2006/2007 both the A and B pumps had new shafts installed during complete overhauls. This work was completed while the pumps where undergoing a project to install pressurised double shaft seals.

A fully wiped bearing raised the profile of the problem and prompted a call for assistance to a plain bearing specialist, Alloy Bearings.

The company staff had recently had experience with bearings in a power station turbine boiler feed pump that suffered from similar overheating and wiping problems. Based on this experience they proposed a number of minor modifications to the bearing geometry and detail. The modifications were intended to maximise the flow of cool oil from the sump through the bearings thus increasing oil film thickness and reducing temperatures.

A careful review of historic vibration data was carried out prior to the manufacturing and installation of the new bearing design. During a QA review some of the design changes were considered to have the possible side effect of reducing shaft/bearing stability. No evidence could be found to substantiate this and the decision was taken to proceed.

A set of new bearings was installed in one pump to prove the upgrade and the modifications.

Operational tests were undertaken and the bearing housing temperatures were now 13ºC lower than previously.

After four months of use the pump was stopped for an inspection of the bearings. Close examination showed no evidence of overheating or abnormal wear patterns, but unfortunately some scratching of the bearings had occurred due to the early foreign particle contamination at initial start up. 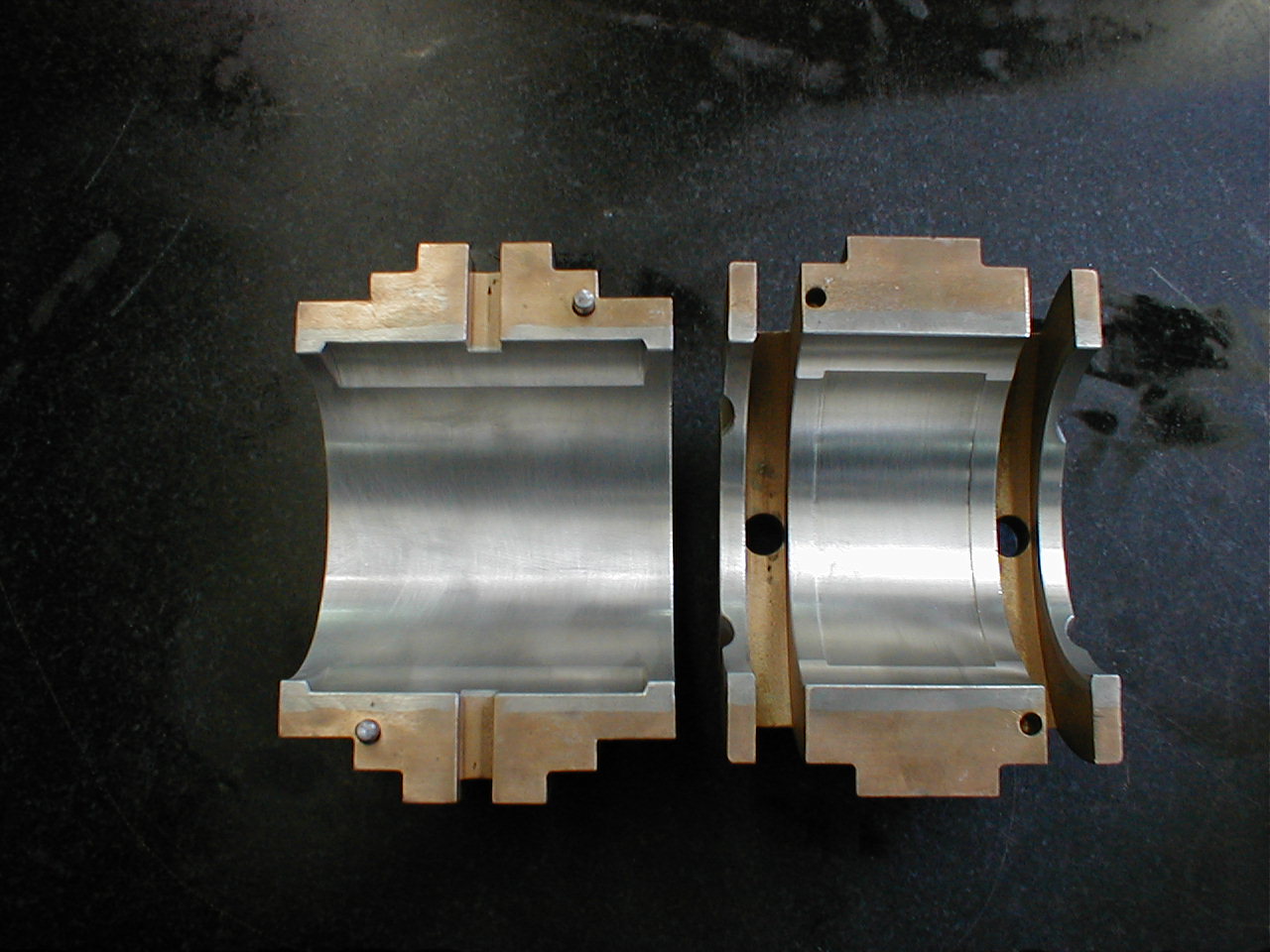 New Design Bearing After Proving Run
The new bearing geometry and design is considered a complete success and replacement bearings have been ordered for the second pump.

Thanks go to the staff of Alloy Bearings and the NZRC Operations and Maintenance departments who helped solve this seemingly intractable problem. A great effort by all those involved.